The fires are out. Natures Wrath Continues.

1TAC SENDS OUR SUPPORT TO THE VICTIMS AND FIRST RESPONDERS

Natures Wrath is not over.

(CNN)  Natures Wrath Continues This Wednesday.A day after mudslides crushed homes and left at least 15 people dead in Southern California, rescuers faced a difficult task Wednesday as hundreds remain cut off by debris in one neighborhood and others are missing, officials said.

As the wrath of the storm dumped heavy rains early Tuesday caused rivers of mud and debris to run down from hillsides in Santa Barbara County, demolishing homes in the affluent seaside community of Montecito weeks after wildfires in the area.
TRAPPED BY THE MUDSLIDES
On Wednesday morning, 300 people were trapped as debris blocked their way out of Montecito’s Romero Canyon area. “We can’t get to them, and they can’t get to us,” Santa Barbara County spokeswoman Yaneris Muniz said, adding that helicopters would be sent in to rescue them. Natures Wrath doesn’t seem to want let up.
Many are on edge, awaiting news about missing loved ones.

1TAC STORM UPDATE
• More missing: Muniz said it’s unclear how many people are missing, but searches are ongoing. Earlier, officials said at least two dozen people were unaccounted for.
• Hundreds of calls: As the wrath of the storm hit hard between 3 and 6 a.m. Tuesday, sheriff’s office dispatchers handled more than 600 phone calls for assistance, Santa Barbara County Sheriff Bill Brown said.
• Rescues: Dozens of people have been rescued in Santa Barbara County, officials said. The US Coast Guard said it used helicopters Tuesday to collect people from rooftops, including a couple and their three children in Carpinteria.

#USCG crews have rescued more than 20 injured or stranded people from the Santa Barbara #mudslides. Check out video of a @USCGPacificSW Jayhawk crew working with Santa Barbara County Fire Department to rescue a family of 5, including a newborn, 7 yr old, 3 yr old & their two dogs

As the wrath of the storm continued, Firefighters waded through debris, over piles of fallen trees and around displaced boulders in the aftermath of the storm, scouring for survivors after several homes were swept away. In one dramatic rescue, the Santa Barbara fire department pulled a 14-year-old girl from the remains of her destroyed home in Montecito. In another instance, a boy was found under a freeway overpass and rescued by firefighters; mud had carried him for hundreds of yards.

HOMES ARE VULNERABLE EVEN IF THEY’RE NOT ON SLOPES

Before building that dream home:

Mudslide prone areas will begin to show signs that trouble is on the way: 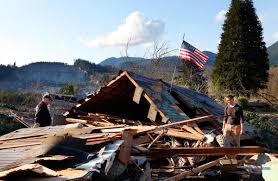 Mudslides are just another reason why it’s important to be prepared, in every way, for the slings and arrows that the uncertain future may hold for you and your family. 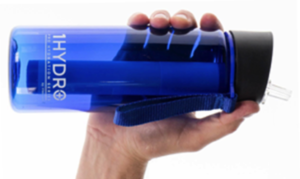 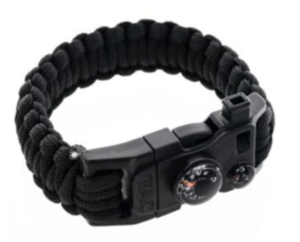